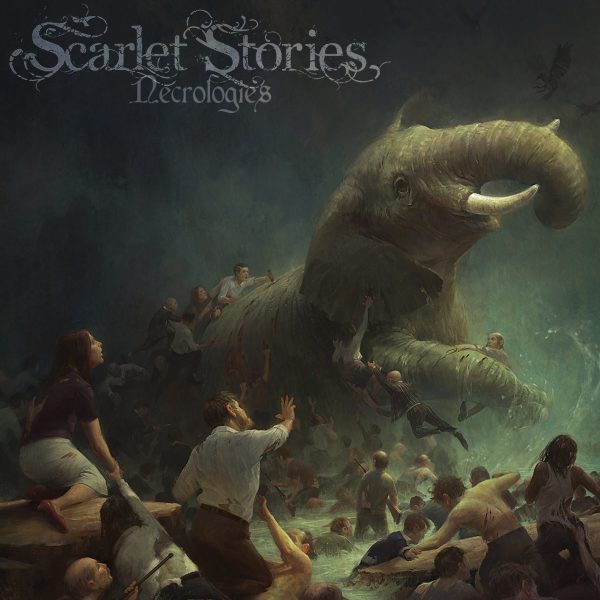 Hailing from The Netherlands, Scarlet Stories is a relatively young band confident in its ability to produce extremely, well-crafted progressive metal.They became known for their unique dark progressive music with an eclectic range of musical influences, such as heavy metal, ambient and doom. They are well placed to become forerunners in the resurgence of heavier progressive music alongside the likes of KLONE and Gojira.

Vocalist Lisette van den Berg: “Necrologies is a tribute to all animals and humans who suffered or died by the greed of others. It acknowledges their battle, struggle or innocence. The songs show the dark side of humanity and are soundtracks to emotions, injustice, murder, but also beauty and innocence, brought with a dramatic performance and dynamics. One moment fragile and quiet, and the other moment intense and raw.”

“For fans of Opeth, Anathema, Ayreon, The Gathering, Dool & Dream Theater, ‘Necrologies’ got it all” – Aardschok Magazine – 93/100

“like watching a very captivating movie that you can’t really interrupt because you want to know what happens next and how it ends.” – The Metal Observer 9,5/10

“I can actually mention any number as a favorite.” – Rock Tribune 9/10