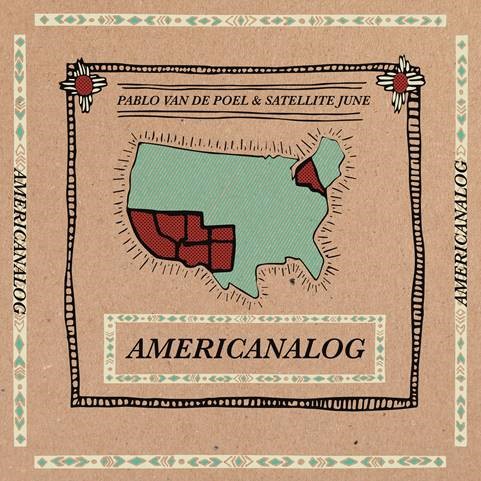 DeWolff singer / guitarist Pablo van de Poel and his wife, photographer Satellite June, travelled through the United States at the end of 2017. He to write a solo album, she to shoot beautiful photos. Upon their return, he recorded 13 songs under the title Americanalog in his analogue Utrecht studio with members of, among others, The Dawn Brothers and DeWolff.

Two lovers, looking for the collective dream of America – the LA of the Eagles, Jim Morrisson and the Byrds, the neon paradise of Route 66, the Jackrabbit Slim’s $5 milkshake, the drive-in cinema, the gold rush-era ghost towns and have found it; Americanalog.

The two sides of America, one hard and the other more beautiful than you can ever imagine. The love for each other and for this beautiful country with its breath taking landscapes, its infinite cities in the centre of the world, are captured in a nicely printed, hand-numbered cardboard box containing a 144-page photo book and a 12 songs analogue recorded vinyl album, which shows you the lost dream of dreaming through our eyes.