I agree
View cart “Go Satan Go” has been added to your cart. 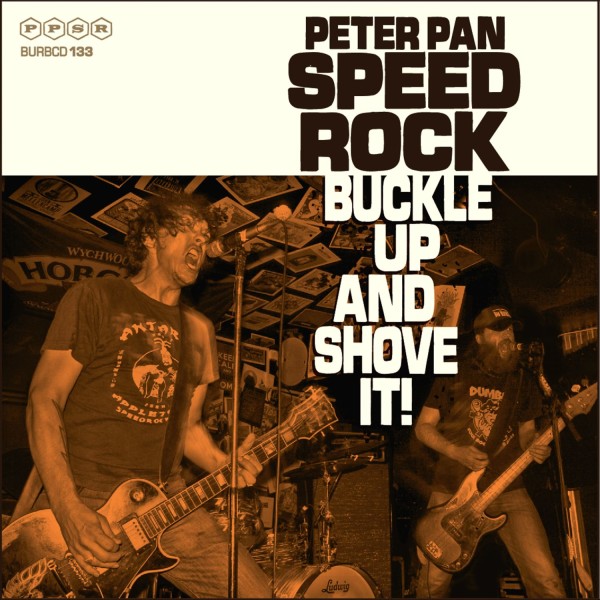 Buckle Up & Shove It!

The hardest working rock & roll band from the Netherlands lets loose another motherfucker of an album! How come the Rockcity trinity still gains momentum after nearly twenty loud and mean years, one might ask. Well, buckle up for the read.

As Elvis said: “Ambition is a dream with a V8 engine.” The engine of Peter Pan Speedrock is a Top Fuel dragster speeding through the stuff that dreams are made of. To name a few of their gazillion dirty deeds: split-releases with the likes of Zeke, Danko Jones, Gluecifer and Batmobile; touring the world from Australia to Russia; instigating the annual festivals Klok Rock Orange, Beaverfest and the grand slam of rock on Dutch soil – Speedfest.

After the experience of recording with knob-twisters extraordinaire such as Theo Van Rock, Kurt Bloch and Tomas Skogsberg, PPSR got themselves a different toolbox and built their own studio at Rockcity Headquarters in hometown Eindhoven. One of their neighbours at the DIY facility is guitar effects wizard Dr. No, whose first and most succesful stompbox was the Drive-O-Matic, initially created for Peter Pan Speedrock. Last year the three-headed beast teamed up with Dr. No for a second band, named Four Headed Dog, but that sludge groove machine is another story altogether. However, it goes to show that the music is flowing like beer at a Gang Green barbecue.

As soon as PPSR’s ninth studio album kicks into gear with the single GET YOU HIGH (watch that dope video!) the whole sound is wide fuckin’ open. All the Speedrock essentials are there: Peter’s vocals soaring next to his blistering guitar riffs and leads, Bartmann’s trademark bass rumble in the low end, reinforced by Bart’s drum style which combines übertight skin bashing with super heavyweight free-fighting. It’s a powerhouse on fire, yet there’s more melody at times while the sonic glory is suited for each and every track. Two of them are renditions of classic hits: NEW ROSE is a salute to punk pioneers The Damned and HEART FULL OF SOUL is a stunning take on The Yardbirds gem, a dynamite surprise to close off the album. Guest vocalist on the song is none other than Spark Retard, the razor-blade gargling maniac of psychobilly legends Demented Are Go. Goddamn, that certainly is one hell of a climax.