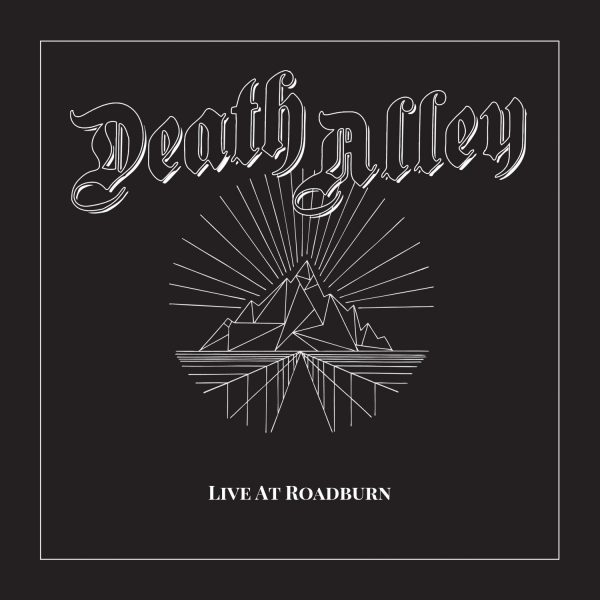 It should come as no surprise that playing Roadburn is a very special honour, but in the case of Death Alley, playing there for a second time in 2016 formed a landmark in the band’s history. Two years earlier, Death Alley experienced their actual birth, after the seeds for what the band would become were planted in Guy Tavares’s dungeon in the preceding winter. Opening Roadburn 2014 in the Cul de Sac was where they played the repertoire leading to Black Magick Boogieland for the very first time.

Now, after two turbulent years of arousing rockers all throughout Europe and the US, the band took Roadburn 2016 as the opportunity to show how there is not just one version of Death Alley. Forces are joined with guitar heroes from a close personal circle, with Oeds’ The Devil’s Blood years bringing Ron van Herpen to the stage, and Mühr consolidating Dennis’ bond with Jevin de Groot. In this formation, Death Alley6 indulges in the drawn-out side of its musical spectrum.

The record presents a rousing version of Selim Lemouchi’s ‘It’s On’ – tributary to an ever-inspiring force. The instrumental 666666 that builds on the existing musical ties between the Death Alley6 flows into the new ‘Feeding the Lions’ – a first taste of Death Alley’s next chapter. The sense that Death Alley exists in multiple forms is ultimately rendered in the 22-minute version of ‘Supernatural Predator’. Considering the history and theme of this song, there couldn’t have been a more overpowering site than playing it in this formation at the quintessential Roadburn festival.

Live At Roadburn is recorded live on April 15th 2016 at the Roadburn Festival in Tilburg (NL).