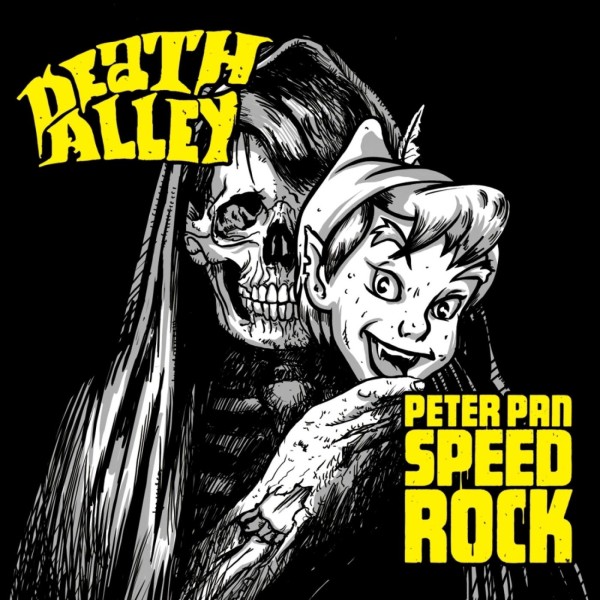 “There is no better way to start a new rock and roll motorpunk band than releasing a split 12” with Peter Pan Speedrock! They have been quintessential as the loudest Dutch contribution to the rock and roll worldwide over the past decade, so having the opportunity to combine musical forces is an incredible honour for us. At the same time it is the best kick-start for Death Alley as a band! The musical fit between PPSR and Death Alley is not only stated in words, but shows moreover from the exchange of musicians on a track on each side of the split record. Providing blistering guitar solos to each others’ songs, Peter and Oeds highlight how old and new rock ‘n roll madness will continue to be in synch, and that loud, energetic and fast music will not fade away with time – it is only growing stronger! Death Alley, whose birth is consolidated with this split release, proudly presents two songs that only represent the very first steps of a progressively developing musical venture… Stay hungry, because this is only the beginning!” – Death Alley