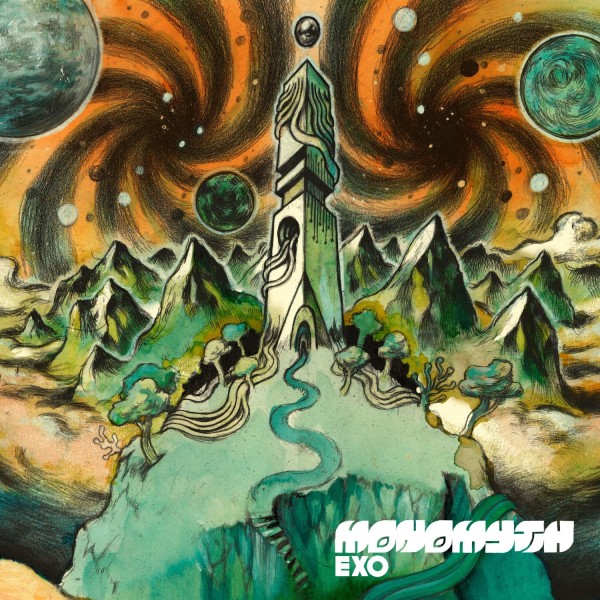 With the new and third album Exo (Suburban, March 2016) Monomyth completes its own epic trilogy and again sets foot ashore. The concept, as commenced on S/T and Further, gets an exciting continuation. The main theme of Exo is the discovery and mapping of a completely new territory, with a few interesting surprises for the attentive listener. Again the technical possibilities are utilised to the fullest, both in the music and in the story underpinning the record. The by now very recognisable Monomyth style freely permeates the five new tracks, but the band also experiments with new elements. Besides ambient, prog, kraut and space rock, this time soul, dance and even unadulterated hard rock can be heard. All this is steeped in the production by Pieter Kloos, who manages to bring even more depth to the Monomyth sound. Clear, transparent and trance-inducing. Close your eyes and join the adventure.