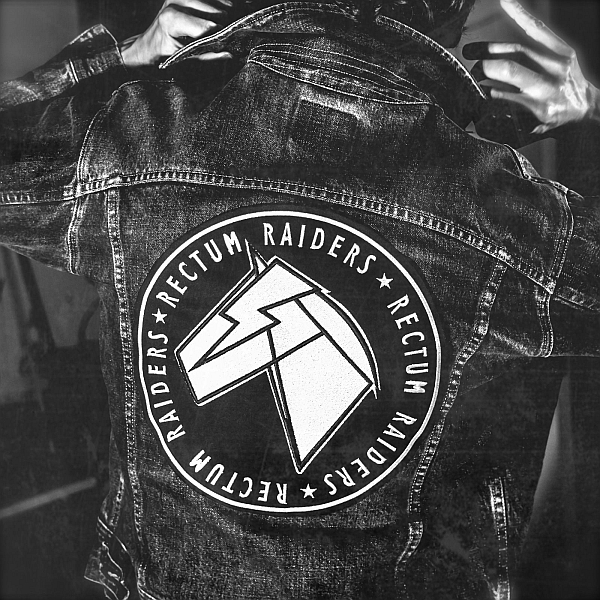 Yes! They’re called Rectum Raiders. These five young men seek to wreak havoc within the boundaries of what it means to be rock ‘n’ roll: a wild and dirty mixture of everything truly heavy, fast and hard, in which the over-the-top Dutch rockers blend 80s metal and modern rock with a devastating under-the-belt attitude; crazy, energetic and powerful!

In 2017 their self-titled debut album, produced by Jochem Jacobs (Textures), will grab your throat and drag you neck-deep into an uncompromising mosh pit of rock ‘n’ roll madness. Expect a serious dose of high-energy heaviness, absurdist lyrics, intense riffing at unrelenting tempos, meticulously constructed compositions, all with plenty of curveballs to keep you guessing what’s coming up next.

So, what’s their edge in all this? Their blazing live show and adrenaline-fueled bizarre stage antics have made crowds sweat across the Netherlands, and on stages like Paaspop, Zwarte Cross and DWDD. And what’s their twist? Underneath the obtrusive layers of perversity and hedonism, lie strong statements on post-sexuality and existence’s futility, borne from the band’s personal philosophies.