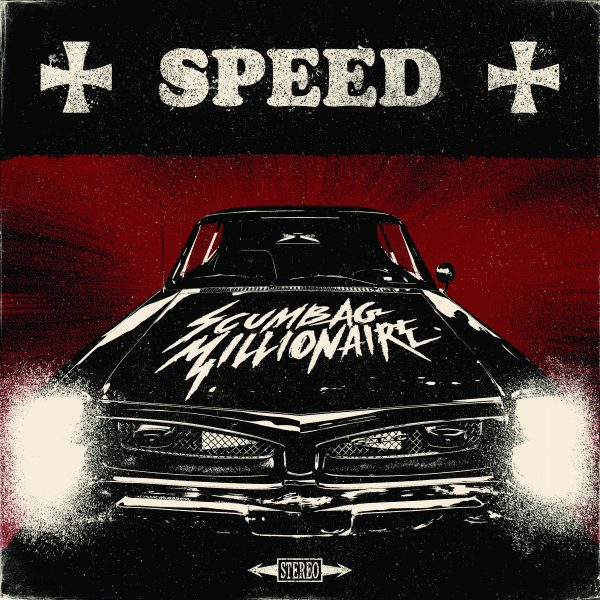 Swedish action punk band Scumbag Millionaire is an extension of the classic scandi-rock scene which had its prime in the late ’90s. The scene fell quiet for a while, but with people starting to crave new acts, someone had to pick up where it left off.

The band was formed in 2014. Various European tours, a bunch of 7” singles, multiple music videos and thousands of hours in the rehearsal space has taken them to where they are today, making their way through Europe like a bulldozer in form of their black Chevy van. During 2017 Scumbag Millionaire played several eminent festivals around Europe, such as ScumBash (NL), Zwarte Cross (NL) and Rock im Wald (DE). They have also been the opening act for bands like Nashville Pussy and Zeke.

Now, it’s time for their debut album: Speed. Available as digipak CD, LP (SOLD OUT), and very limited edition red / black marble LP (SOLD OUT). The album was produced and mixed by Micke Nilsson (The Kendolls, Brutus, Horisont) with artwork by Mangobeard.