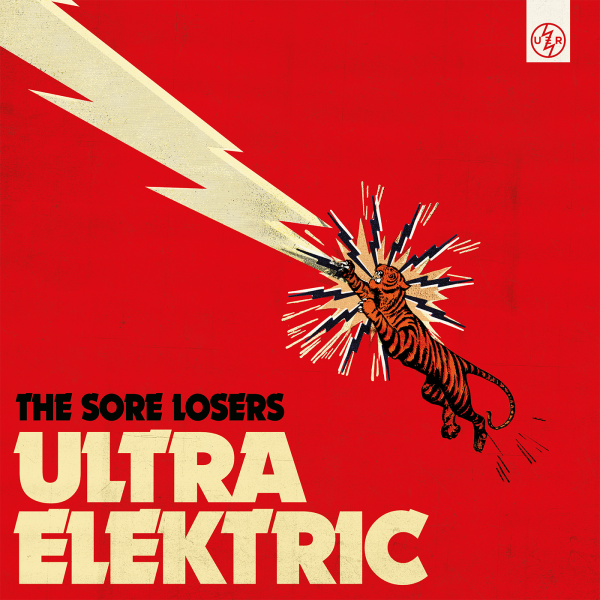 With the release of the opening track “Tightrope”, The Sore Losers announce their new fifth
album today. Titled Ultra Electric, it will be released October 22nd on Suburban Records.

Singer/guitarist Jan Straetemans: “Tightrope immediately sets the tone for the sound and
energy of the record. Ultra Elektric sizzles with electric guitar riffs and uptempo rock songs.”
Three years after Gracias Señor (2018), The Sore Losers are itching to hit it hard, or as
guitarist Cedric Maes puts it: “The Sore Losers are ready to rock your brain to mush! That’s
bad news for everyone who is waiting for the latest electro-pop sensation or more dreamy
acoustic songs, but excellent news for those who are craving a banger of a rock record”. As
if that wasn’t apparent in the singles Yeah Yeah Yeah and Amy, the band hammers away
mercilessly for the remaining 10 tracks of the album.
In the fall, the band will bring the album live to their audience with an extensive tour. Jan
Straetemans: “We wrote this record with the stage in mind, so we wanted to drive up the
tempo. We can’t wait to jam-pack our setlist with a new load of hard, fast rock songs.”
After international adventures with Dave Cobb, Dolf De Borst (The Datsuns), and James
Petralli (White Denim), the band felt ready to take matters into their own hands. Cedric
Maes: “Whenever we worked with an international top producer, there was always one of us
who paid close attention to what was happening, we wanted to know what each button was
for.” This time, they’ve done it all themselves: from songwriting to recording techniques to
producing and mixing. The record was even partly recorded in the band’s own recording
studio: Ultra Elektric Studio. The album was named after it, and with good reason. Jan
Straetemans: “That title symbolizes our independence. After 11 years, we know better than
anyone what The Sore Losers should sound like and we didn’t let anything hold us back from
capturing it.”
The band’s mission is to play the rock music that they themselves want to hear. Cedric
Maes: “We follow our urge to write songs, straight from the heart and because we’re
compelled to. The world needs good rock bands! Lyrically we are sometimes closer to Little
Richard than to Dylan, but that’s okay.” Jan Straetemans agrees: “Some records you put on
to listen to the lyrics, but this is just a good, solid rock record, fuck it. It’s the heaviest we’ve
made so far, everything goes in the red: tempo, energy, volume, yes even the cover art.”
Ultra Electric will be available on vinyl, CD, and all streaming platforms. Fans can pre-order
the album starting today at thesorelosers.com. The first upcoming live show for The Sore
Losers will be Het Zomerkwartier in Hasselt on August 7. //