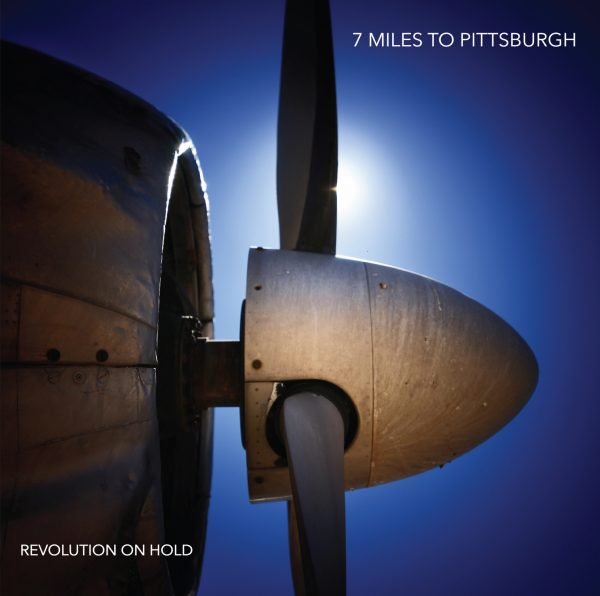 In 2017, 7 Miles to Pittsburgh released their self titled debut album to critical acclaim in the Dutch and European rock press. This led to a run of shows supporting Tyketto and a number of big festival shows in the summer of 2018. Hailed as ‘the band to look out for’ by renowned writers and journalists of the trade, the band wasted no time and started writing and recording their second album, “Revolution On Hold”, in the summer of 2018. The album is scheduled for release on CD, Vinyl and iTunes early in April 2019, followed by a number of club shows.

Andrew Elt spent 8 years recording and touring the world with Dutch rockers and Atlantic Recording Artists Sleeze Beez. He has since Tour Managed and performed with Walter Trout for 18 years, whilst keeping his vocal cords in shape by playing 40+ shows a year with his Led Zeppelin tribute, Physical Graffiti. Martin Helmantel and Dirk Bruinenberg are veterans of the dutch progressive rock scene. Playing the with dutch prog rockers Elegy for 17 years, they released 7 albums that sold across the globe, where their success ultimately led them to the shores of Japan, Asia and the United States. Guitarist Joris Lindner is a multi instrumentalist, who played drums, recorded and toured with dutch grunge rockers Komatsu, through Europe and South America. Remco van Zandvoort is a relative newcomer to the music scene, learning and perfecting his trade playing the Piano, Hammond B3, Fender Rhodes, Moog and Melotron at the renowned Rock Academy in the Netherlands. He also plays with Andrew in Physical Graffiti.