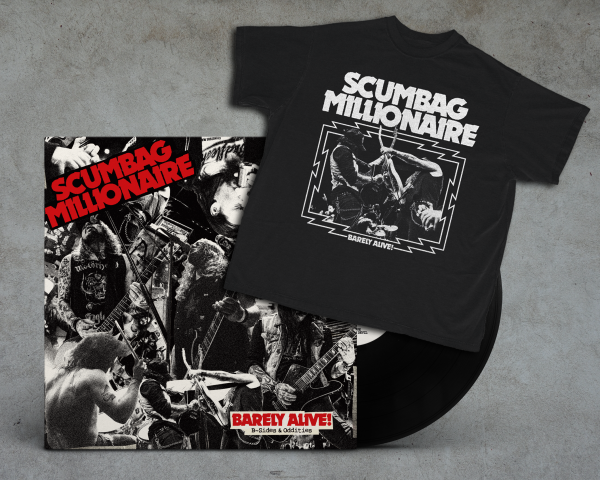 Ever since they started the band in 2014, the guys in Scumbag Millionaire have been talking about releasing a b-side compilation. In the past eight years they have released over 20 vinyl singles, including split releases with bands like Electric Frankenstein and an Iggy & the Stooges tribute 7”.  “We simply love 7” singles. The format is amazing, with just one song on each side. And also the size of it. It’s an item you always can afford at the merch table. What’s not to like?” – Adde

All these releases have incredible artwork, come in different vinyl colours, and contain B-sides that were not available anywhere else… Until now!

Coming February 17th 2023 on Suburban Records: Barely Alive! B-sides and Oddities. In their own words: “We’ve selected 16 tracks especially for this release, which was not an easy task, considering the amount of releases. But we’re 100% confident we’ve put together a kick as compilation album for you. We decided to press the record on black, 140g vinyl only. Old school, no bull shit, no limited editions, no CD.”