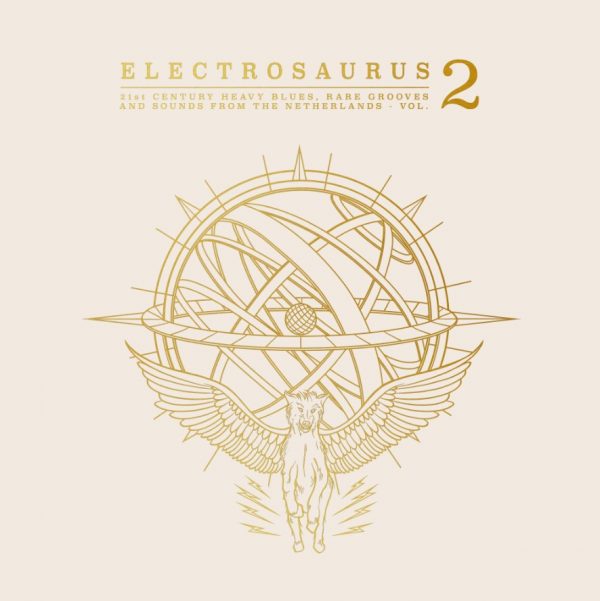 Volume 2 of the Electrosaurus compilation series of artists who recorded at the Electrosaurus studios from Record Store Day 2020 ambassadors DeWolff! Incl artists like The Dawn Brothers, The Grand East, T99 and of course the masters themselves: DeWolff. Released on 180 grams GOLD vinyl in a goldfoil gatefold sleeve.

The story of DeWolff started in Geleen 2007; they rehearsed, bought a nineties mixing console and the first songs were recorded. In the following years, countless other bands came to their door and what started as a hobby grew into an addiction and the Geleen basement into a full-fledged vintage studio on the Oude Gracht in Utrecht.

In honor of the band’s tenth anniversary and their own Electrosaurus Southern Sound Studio in 2017, DeWolff previously released a special Record Store Day Release: Electrosaurus, 21st Century Heavy Blues, Rare Grooves & Sounds from the Netherlands – Vol. 1. and now there is volume 2 !!